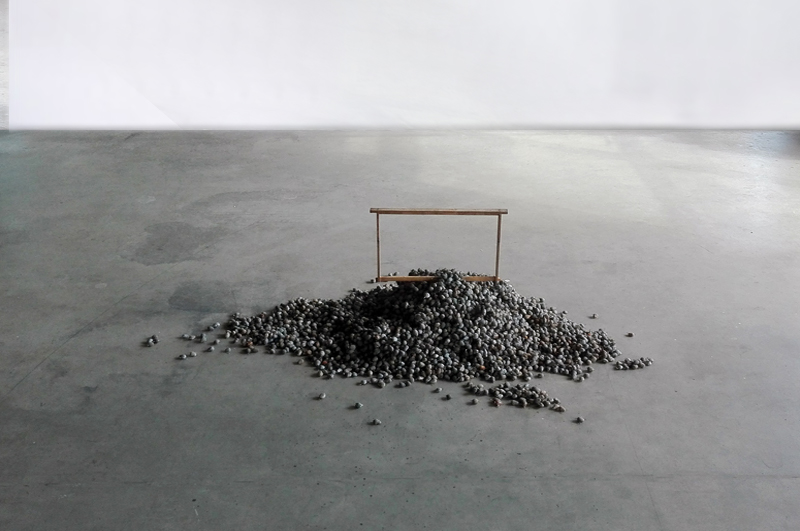 Since 2010 the cycle Requiem for organisms I have been creating leaden boxes for animals found dead, copying the shape of their bodies which are also the sarcophagus. The method of work reminds the concept of sarcophagus and Egyptian culture and therefore biased storing the body for eternity. Dead animals, mostly withheld by the way are coated in plaster and then embedded into the lead. Mortality is not just an idea, but a core part of the sculpture. Handling with the corpses is my consideration of ethical issues. Memento heartless civilization where the so-called life of lower animals has still low value.